Again, trying to highlight players that did well last year that not many others have focused on. 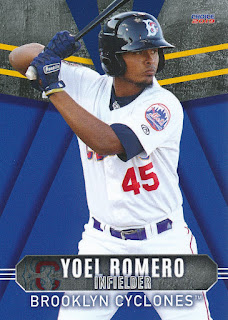 His Brooklyn slash line was .251 BA/.326 OBP/.377 Slg. with 4 HRs, 15 RBIs, 6 SBs; Yoel was red hot in July as he hit .340 with a .375 on base and a .528 Slg. He cooled off after that but was one of the main offensive players for Brooklyn. In the 6 playoff games that Brooklyn played last year, it was Yoel that started all the games at 3rd Base and not Brett Baty, the herald prospect who was brought in at the end of the year for Brooklyn’s playoff run.

Yoel has good speed and power and can play all over the diamond.   If he hits like he did last July, they will find him a place to play next year. #29: Nathan Jones – Starting Pitcher, Bats Right, Throws Right, DOB 1/6/1997, 5th round, 2019 Draft. Perhaps Nathan’s biggest performance in 2019 came in the second game of Brooklyn’s first playoff series.  With Brooklyn down 1 game to none in the best of 3 series, Nathan Jones started the game and threw three scoreless innings with no hits and a walk, working around two errors.  It was a clutch performance in a win or go home game for Brooklyn on their way to the championship.

In 4 of his 7 regular season starts he gave up no runs and he sure was clutch when Brooklyn needed him.

Here is Nathan Jones being interview on Coney Convos. 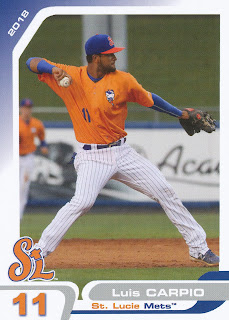 He then followed it up with a .188 in the Arizona fall league.  He stole as many as 17 bases in 2017 but has since seen his stolen base numbers fall to 9 in 2018 and 4 last year, 2019.  Hopefully he can duplicate the success he had in St. Lucie in Binghamton this coming year.

Here is video of Luis hitting.

Here is a 2 RBI Double by Luis (video by Ernest Dove). 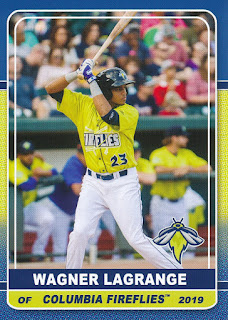 However, I’ll take his 26 doubles and his .421 slugging last year and the fact that he gets more hits than he strikes out.

Sadly, players with more hits than strikeouts is a rare occurrence today.  I think this will be a “make or break” year for him in Binghamton.  Hopefully he will do well there this year.

Video of Wagner getting the 2015 Sterling Award (complete with plane flying overhead).

Video of Wagner hitting a triple for Columbia 7/9/19 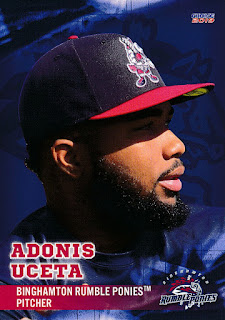 In ten games this winter, Adonis only gave up earned runs in his final outing, going he is 1-0 with a 3.38 ERA in 8 innings with 5 runs, 3 earned, 8 Ks, 9 walks and 3 hits. Like a number of the Binghamton pitchers, he struggled when he was called up to Syracuse giving up 5 hits and 5 runs in 1.1 innings pitched.

Pitching 7 years in the minors, Adonis was a minor league free agent this winter and elected to stay with the Mets.  He was then eligible for the Rule 5 draft, and was not selected by any other team.

He will be in the bullpen for Syracuse this summer.  Maybe he can have a year for Syracuse like his last year in Binghamton.  He would then provide the Mets with some bullpen depth should there be struggles in Flushing.

Adonis Uceta getting the 2015 Sterling Award.