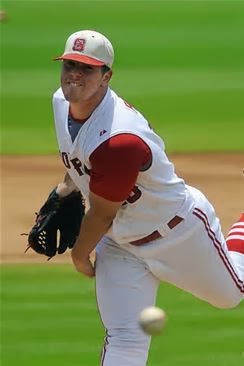 9-4-13 – Mack’s Mock Draft v1.0 –  1 – Houston – LHSP Carlos Rodon – North Carolina State – This might be the last year that the Astros gets the first pick in the draft, though it is the third in the row. It’s close to impossible… no, I take that back… it’s literally impossible for them to pass on picking Rodon, who is so far more taleted than anyone in this draft. He has a five- pitch arsenal that includes a mid-90s fastball, a wipeout slider, a lethal cutter, an above-average curveball and a change-up with nice fade. He could be in the majors by late 2015. 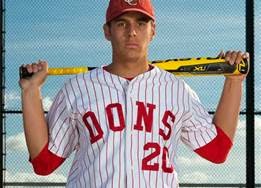 2-5-14 - Brady Aiken, LHP, Cathedral Catholic HS (CA) - Arguably the most polished prep pitcher available in the 2014 MLB draft, Aiken is a 6’-4”, 205 pound southpaw with some upside left. His fastball can touch 94 mph but sits more in the 89-92 range with good tailing action. His curveball sits in the low 70s and looks like a future out-pitch with good rotation. His change-up has good depth and deception and sits in the low 80s. He is an alumni of Team USA Baseball and was the winning pitcher in the gold-medal game against Japan in the World Cup Championship in Taiwan, allowing just one run over seven innings while striking out 10. The Cubs also lack depth in left-handed starting pitching and Aiken is a mature kid with great mound presence. Committed to UCLA. http://throughthefencebaseball.com/2014-mlb-draft-dark-horse-candidates-chicago-cubs-first-pick/41075#UeYBipV5rOuYd7xE.99 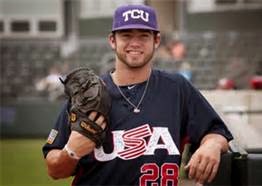 2-1-14 - Brandon Finnegan - Texas Christian University  - Standing under 6', listed at 5'11", 190 LBS, Finnegan wouldn't be as big of a prospect as a righty but he is blessed to be throwing from the left side. He is mature physically and likely won't add any velocity. He has a solid delivery with a ¾ arm slot and long arm action in back but he repeats it fairly well. His fastball sits 90-95 but I have seen it up to 101 on a TV gun, which I'm sure was a little hot. I've heard reports up to 98. His command has improved since he was a freshman as has his stamina and ability to hold his velocity deeper into games. As a freshman, I thought I was watching a future closer. As a sophomore, he looked like there was a good chance to start and I think that remains. http://www.minorleagueball.com/2014/2/1/5365036/2014-mlb-draft-profile-brandon-finnegan-lhp-texas-christian-university

2-5-14 - Sean Newcomb, LHP, Hartford - He has the size and power arm you want in a frontline starter. At 6’-5” and 240 pounds, the southpaw can dial his fastball up to 95 mph. His secondary stuff stills needs some refining, although his slider shows plus potential. His change-up is still developing and continued progress this year could shoot him up draft boards. Over 13 starts, he had a 3.75 ERA, 1.25 WHIP and 92 K/37 BB over 72 innings while holding hitters to a .213 batting average. There is a lot to like about a pitcher of his size, arm strength and possible four-pitch mix from the left side. http://throughthefencebaseball.com/2014-mlb-draft-dark-horse-candidates-chicago-cubs-first-pick/41075#UeYBipV5rOuYd7xE.99 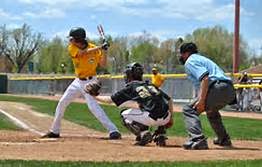 
2-5-14 - Kyle Freeland, LHP, Evansville - The southpaw was extremely impressive at the Cape Cod League, posting a 2.25 ERA and 48 K/4 BB over 40 innings. He seemed to get better as the season went on, and his last start was his best outing — he allowed three hits over seven shutout innings while striking out 10 to no walks. His slider is already a plus pitch, and his fastball can touch 96 mph and sits in the 91-94 mph range. His change-up is still developing, and there is some effort in his delivery, but with his size (6’-4”, 185 pounds) and athleticism, there is a lot to like as a possible number-two starter. Projected as a mid-to-late first-round pick, he would have to show a lot this year to be considered at four. http://throughthefencebaseball.com/2014-mlb-draft-dark-horse-candidates-chicago-cubs-first-pick/41075#UeYBipV5rOuYd7xE.99     uf

1-3-14 – TTF Baseball - 22. Cleveland Indians — Mac Marshall, LHP, Parkview HS (GA) - One of the better southpaws in the 2014 MLB draft, Marshall’s fastball sits in the low/mid-90s and he has worked hard on his delivery and command over the past year. He also flashed a potential plus curveball at the Perfect Game Nationals. At 6’-2” and 185 pounds, he is a great athlete who has been clocked at 6.7 in the 60. As a junior, he had 80 K/32 BB over 46 innings for one of the premiere programs in the country. Committed to LSU. http://throughthefencebaseball.com/2014-mlb-draft-2/40753#ppGUqI6CbWFvzsPf.99 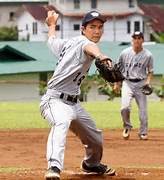 2-6-14 - Looks like pitching leads the way in the Four Corners region with Kodi Medeiros taking the top spot. (Check out his Day in the Life here and see how he spends the time in Hawaii.) He is a 6-foot-1, 190 pound lefty out of Waiakea (Hilo, Hawaii) and is headed to Pepperdine. At the Area Code Games, playing for the Reds, in August he was in the low 90′s and by the time he got to the Perfect Game All-American Classic later that week he touched 95.  - See more at: http://www.studentsports.com/baseball/2014/02/06/kodi-medeiros-leads-top-players-corners-hawaii/#sthash.qpfyJAOu.dpuf 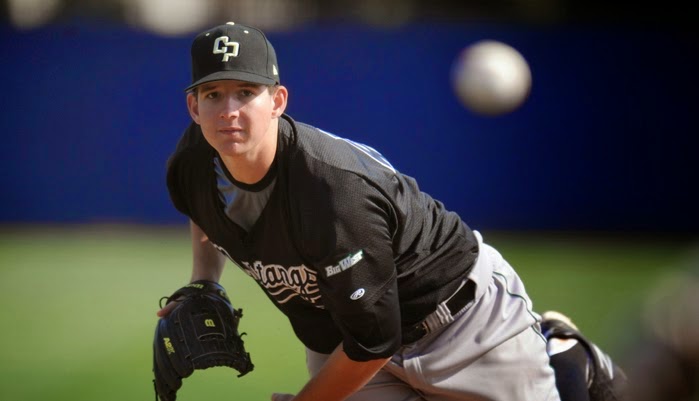 2-19-14 – TTF - 10 college players on the rise - Matt Imhof, LHP, Cal Poly (51) - A guy I was hoping the Chicago Cubs could potentially target with their second-round pick, the 6’-5”, 220 pound southpaw may not last past the first round if he pitches the way he did against 18th ranked Kansas State on Friday. Over seven shutout innings, he allowed just two hits while striking out a career high 14 to three walks. His fastball sits in the 89-92 mph range and can touch 94 due to his smooth, effortless delivery. He adds solid secondary stuff and knows how to mix his pitches well. Imhof will be just 20 years old come draft day, making him one of the youngest collegiate players available. http://throughthefencebaseball.com/2014-mlb-draft-10-college-players-rise/41224#Brkvtc4VfkP16udZ.99 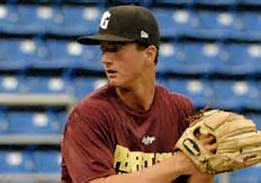 2-11-14 – PG/Florida HS Dream Team – P – Foster Griffin, Sr. The First Academy - The only lefty to crack this rotation, Griffin shows everything you’d want to see in a young pitcher: lefthanded, 6-foot-5 and projectable and a three-pitch mix. With a fastball topping out at 92 mph, Griffin is able to make that play up as he uses his long levers and creates excellent downhill plane. His curveball flashes potential and presently shows a very good changeup with fading action. Not only does he have a feel for three pitches, he knows how to use them with an advanced overall feel on the mound. http://perfectgame.org/Articles/View.aspx?article=9372 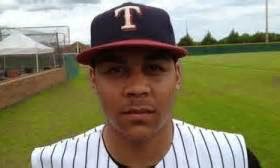 1-3-14 – TTF Baseball - 32. Boston Red Sox (Jacoby Ellsbury) — Justus Sheffield, LHP, Tullahoma HS (TN) - Much like his older brother Jordan, who was considered first-round material until Tommy John surgery all but made him honor his commitment to Vanderbilt, Justus has a plus fastball that can touch 94 mph. The 6’-0” southpaw is a great athlete and also adds an above-average, mid-70s change, as well as a mid-70s curve that still needs refining. Committed to Vanderbilt. http://throughthefencebaseball.com/2014-mlb-draft-2/40753#ppGUqI6CbWFvzsPf.99