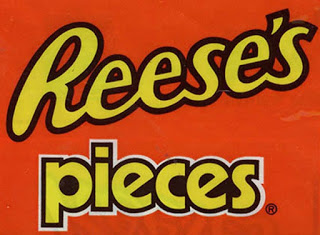 Well, after a disappointing 2011 season you would think there was nowhere to go but up.  Still, the Mets were unwilling and unable to find a way to finance top tier talent (and it showed).  The season began with the ceremonial firing of coaches (otherwise known as shuffling the deck chairs on the Titanic) with just pitching coach Dan Warthen and hitting coach Dave Hudgens surviving the purge.

Alderson executed his first important major-league-talent for major-league-talent trade, again with the Giants.  This time he sent talented by medically troubled outfielder Angel Pagan to obtain setup man extraordinaire Ramon Ramirez and throw-in defensive specialist Andres Torres.  While the bullpen woes were a major Achilles heel of the 2011 squad, the general consensus at the time was somewhat negative.  After all, Pagan was coming off a campaign in which he delivered .262/7/56 with 32 stolen bases while playing a strong centerfield.

Now to be fair, Ramirez had been good as the 8th inning guy to San Francisco’s Sergio Romo.  From 2008 through 2011 save for a brief blip in Boston he kept his ERA under 3.00.   He looked like a quality piece in what was to be a revamped bullpen for the Mets.

The real headscratcher of the deal was Andres Torres who had never put together much of anything with the bat.  Think of him as a latter day Matt den Dekker – capable when out in the field but pretty much lost when standing at the plate.  In 2010 he had an outlier year in which he delivered .262/16/63 with 26 SBs, but never before (or since then) did he ever get out of single digits with power nor did he ever steal 20 bases.  He was coming off a .221 season with the Giants and the Mets’ manager chose to keep trotting him out there day after day, resulting in a .230/3/35 season instead of giving up.  At the time I was hoping they would do like they once did with catcher they obtained in a trade simply to get out from under the departing player’s salary.

Sandy Alderson wasn’t done, starting a pattern that became all too familiar when it comes to building a bullpen – go after quantity instead of quality.  In this case it was the later released Frank Francisco and the big tattooed Jon Rausch.  Neither were wanted by the Blue Jays where they formed a healthy but ineffective tandem.  Unfortunately, the only thing that changed when they came to New York was the healthy part.  They were joined by the likes of Manny Acosta, Tim Byrdak and Pedro Beato.  Only Bobby Parnell emerged looking like someone worth keeping around (before, of course, arm troubles derailed his career).  Once again it was someone Omar Minaya had found and developed exhibiting quality while the players identified and obtained by Sandy Alderson failing to deliver.

On June 1st Johan Santana delivered what great pitchers like Tom Seaver, Doc Gooden, Pedro Martinez, Jon Matlack and others could never do for the Mets.  He completed the team’s first ever no-hitter.

Later that month the Mets did something never before done in the history of the game when they hit a home-run cycle – Daniel Murphy connecting for a solo and two-run homer, Ike Davis slamming a three-run shot and Scott Hairston delivering the Grand Salami.

Of course, the aforementioned Ike Davis had his greatest season, notching 32 home runs en route to what was a short-lived career in which he later had to try his hand at pitching to get back up to the big leagues.

However, the biggest story of all was the season for the ages by Minaya scrap heap pickup, 37 year old knuckleballer R.A. Dickey.  Overcoming an abdominal tear early in the season, Dickey went on to have a 20-6 season with a 2.73 ERA and a tiny 1.053 WHIP which is doubly impressive considering he was throwing the floater up there the majority of the time.

When the season mercifully ended with a record of just 74-88, the second straight inferior season from Skipper Terry Collins, many were hopeful that they would allow him to leave as his 2-year contract was now over.  Unfortunately, in this case we also saw another pattern with Sandy Alderson – someone unable or unwilling to admit his mistakes.

Dickey was a real find in a bad year.

How I enjoyed that Manny Acosta era. How about you?

I thought for sure after finishing worse in year two than year one an organization that cared about winning would look for a new manager and admit its mistake. Instead they extended his contract for two more losing years.

Watch out for Montezuma, Reese, he may be looking for Revenge.

Regarding the catchers and closers around there, please (for me) look again if possible. Also, is Jenrry Mejia anywhere to be found there? May want to check the snack bar perhaps?

What's the word on Juan Lagares? Has his Planters Peanut toe already healed, and can we expect an invigorated Juan in ST 2019 running freely around the training site sans crutches?

According to a recent NYPost sports article, the NY Mets (it at least sounds like) should have around $15.0 million to play with this off season.

If you were to try and make a trade or free agent signing, who then would you go for with this money?

I think the Mets most of all need to add at least one or two more everyday homerun bats to their lineup. I get the feeling that easily one could be Peter Alonso at first base. I am hoping so anyway.

If you think about it a minute, the 2019 NY Mets should have at least something like these players: Michael Conforto, Brandon Nimmo, Jay Bruce (if he can come to camp in fantastic shape and uninjured), maybe Todd Frazier too if he is totally healthy and in Charles Atlas type shape, and perhaps a guy like Dominic Smith off the bench. So figure right there maybe four homerun capable bats everyday. Then too, don't forget Yoenis Cespedes might be possible as well, if he can defy the odds and be healthy again. So I'd say maybe four to five.

The trick may be this...

So in a long winded round about way (again), if the Mets added a homerun hitting catcher to this mix, that might give them enough HR fire power to contend with the very best NL/AL ball clubs in 2019.

But there sure are few of these catchers out there to find really. Maybe the new GM (Pierce Brosnan) knows of someone though that we don't know of.

Wouldn't that be something, if he did?

Then he can stay and we will all throw him a parade down 42nd Street I tell ya'!

In all honesty here, it's been sort of like an episode on "The Twighlight Zone" the last few years around here. Maybe the one where the little girl goes into the mirror under her bed and falls into some oddly concocted "Alice and Wonderland" type of character thing.

I still get nightmares just thinking about the 2018 NY Mets bullpen, not kidding. I am actually not certain if I could withstand another 2018 bullpen without jumping off the top of a tall building. If the choice were to watch that happen all over again, or hammer vampire stakes into my eyes, I swear that I would have to seriously think it over before deciding.

Having said all that...

I am kind of hoping that Reese can actually find Jennry Mejia wherever the heck he really is. But the Mets do have some young guys available already to them. Namely relievers like Seth Lugo, Robert Gsellman, Tyler Bashlor, Drew Smith, and I think that Gerson Bautista may have made a good impression in the AFL games this year, which would be stupendous and not just good. So right there, maybe five or six really optimistic arms for the new 2019 bullpen.

You add in another teams' late inning proven set-up, and that could be all that the Mets need to consider doing to the bullpen this off season.

One can certainly hope.

I just don't think that adding Clayton Kershaw into the NY Mets 2019 player personnel equation will be easy.

That's it for me. Have a great Halloween. Remember to screen your kids candy collection this year for stuff like pipe bombs return addressed to Debbie Wasserman Shultz.