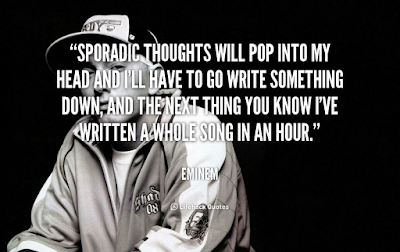 I last wrote a few weeks back that I would write sporadically, if at all, this off season.  A long LIRR train ride today got me thinking a bit, nothing profound, but here goes:

Jeff McNeil - one thing I love about looking up stats on baseballreference.com is they give you a 162 game projection. Jeff's terrific 63 game MLB rookie season debut projected out to this for 162 games:

People I talk to about Jeff routinely throw in, "boy, he can really field, too."   Yep.

And people wonder if the second base position is not settled going into 2019?  Me? I sure think so.

Let me ask you this: would the Yankees have rather had Giancarlo Stanton in the line up for their recent failed BOSOX series, or Jeff McNeil?  "I choose door #2, Johnny."

Peter Alonso - the man who some want traded due to defensive deficiencies is a mere 5 for 8 with a HR and 4 RBI in his first 2 Arizona Fall League games.
To me?  Our future bopping 1B, and darned soon, too. Amazingly, in 2018's regular season, his splits against lefty and righty pitchers were virtually identical. Don't believe me? Look it up, pal.

Andres Gimenez - where's the power, some say.  He homered (and walked) in his first AFL game, so that's where, friend.  He will be starting for the Mets in 2019, is how I see it, maybe on or around July 24.  Good date.  That date this season was when Jeff the Great McNeil debuted.


Minor League Players Released - I am not sure if the Mets released more guys this year after the 2018 season than they usually do, but it was a lot.
Me? Not surprised.  The teams in Columbia and St Lucie hit poorly, and most hitters released were only called hitters because they don't pitch, to be a bit blunt.

The hitting for the Mets' 3 rookie teams was highly encouraging in 2018, though, vs. 2017, so my guess is the number of minors hitters released this time next year will be fewer.  "If they're good, I'm keepin' 'em, bro."

Some released minors pitchers had solid stats.  I did an article a few years back that showed the Mets releasing a large bunch of pitchers that year with collectively very solid stats. Why?
Presumably, the talent evaluators realized that those dudes lacked heat, and would hit fierce headwinds as they climbed any further. Darwin's theory apples to baseball, certainly...survival of the fittest.

Considering that the guys released were not as good as the guys who pitched for the Mets in 2018, and that the 15 most "generous" bullpen guys in Queens combined for 227 innings and 184 runs allowed (7.30 runs per 9 innings), trust me:

The pitchers recently released would never be good enough to make the bigs.

Message to Mets:
Darwin says draft power arms. That's his theory - mine, too.

Starters: with deGrom, Thor, Wheels, Matz, and Vargas/Lugo, do the Mets stand poised to enter 2019 with baseball's best starting rotation?  If not, whose rotation do you think is better? (I'm sticking with ours.  Of course, if this were the Yanks, they'd be looking to replace Vargas with Clayton Kershaw or some other such unknown.)

So, it is time for Mr. Sporadic to sign off.  Until we sporadically meet again.
Posted by Tom Brennan at 11:00 AM

With another group of Mets fan friends a debate came up if you could work out some kind of top starter for Giancarlo Stanton trade given how soured the Yankees are on him. The issue is not making it happen. It's how to pay for him. His contract is insane and you could lock up a Manny Machado or Bryce Harper while retaining that said star pitcher. Now if they were talking about Aaron Judge...

McNeil is my second baseman until proven otherwise......I know we will have to play musical chairs in the infield as time passes, but Jeff should be left alone at 2B, IMO.

I also like Pete's bat and I think it will overshadow his defensive limitations (I still like the Jeff Bagwell comparison).

Infield solved for a bit, right?

Infield set yes, until Mauricio is called upon and Rosario moves to CF.
I am still hoping the mets spend all there FA money on 4 players
Ramos to catch
Familia to pitch 8th or 9th
Kelvin Herrera tp pitch 8th or 9th
Zach Britton to pitch the 8th or 9th
I know but a shut down BP is just what this team has needed since 2007.
I would also like to see Scrooge McWilpon resign deGrom and Wheeler,to extensions. Let the lessons from the Mets past teach us we want DeGrom to retire as a Met.
Please make this possible
Enjoy your weekend guys

I'm with you on all of that, Steve. I know that many Mets fans talk about "needs" all over, but I maintain that we have only 2--- the pen and Catcher--and I like your choices to fill them.

Good analysis by Tom. We need patience, which is sometimes in short supply. At the start, we might be a little short on RH power, but we should expect both Yo and Peter to be supplying that by mid-year. Speaking of Peter what has surprised me most about his strong AFL start is that he has 2 SB in 3 games. Who knew he could run?

Hey gents, sorry I did not respond to you all earlier. Steve is my new GM. GREAT PLAN. I roll with that.

Bill, Alonso and McNeil will be lighting up the basepath..,and the scoreboard.