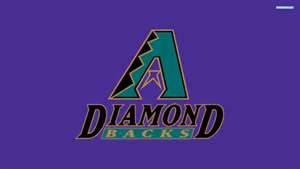 Ranked sixth on the recently released Baseball News Source Top 10 Prospects List for the 2013 campaign, the 21-year-old left-hander had an eventful 2012 season that saw him post a 2.87 ERA, a 1.22 WHIP and a .246 batting average against in 22 starts between Double-A Mobile and Triple-A Reno. He also made his Major League debut, posting a 1-3 record with a 5.83 ERA and a 1.47 WHIP in six starts. The supplemental first round pick of the Angels in 2009 who was shipped to Arizona in the Dan Haren trade had three above-average pitches and has top of the rotation potential.

The seventh overall pick out of high school in 2011, Bradley is a 20-year-old right-hander who has three above-average pitches. A pure athlete – he was a three-sport standout in high school – Bradley hails from the same state (Oklahoma) and the same draft as Dylan Bundy. Though Arizona is rich with pitching, Bradley has a chance to rapidly climb the organizational ladder. He was 12-6 with a 3.84 ERA, a 1.26 WHIP and 152 strikeouts in 136 innings over 27 starts at Single-A South Bend last season.

Chris Johnson is a young veteran slugger who the Diamondbacks acquired from Houston last season. He would have trade value if Arizona decides to summon the 21-year-old Davidson, who was the club’s first round pick (35th overall) in the 2009 draft. A potential middle of the order bat at the Major League level, Davidson hit .261 with 23 home runs, 76 RBI and a .836 OPS last year at Double-A Mobile.

Since the Diamondbacks dealt Stephen Drew to Oakland last summer, they have seen a void at shortstop. The club acquired Cliff Pennington, and then it landed the 22-year-old Gregorius from Cincinnati in the three-team trade that send Shin-Soo Choo to the Reds and the aforementioned Bauer to Cleveland. In 2012, the athletic Curacoa native climbed from Double-A to Triple-A and then made his Major League debut with the Reds, for which he was 6-for-20 (.300) in eight games. The left-handed hitter is effective with the bat and has good range and a strong arm in the field.

A supplemental first rounder (43rd overall) in 2011 out of Kent State University, the 22-year-old Chafin is a power left-hander who will likely shift to a late-inning relief role as he climbs the Diamondbacks system. He struck out 150 batters in 122.1 innings but logged a 4.93 ERA and a 1.48 WHIP at advanced Single-A Visalia in 2012.