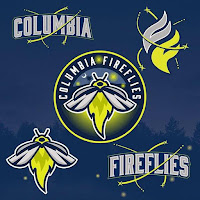 A year ago, Ramos, Mazeika, Winningham and outfielder Kevin Kaczmarski led the Mets’ advanced-rookie affiliate in Kingsport, Tennessee, to a division crown. Kaczmarski (.355) and Mazeika (.354) sat atop the Appalachian League in hitting and were both honored with the Sterling Award at the end of the year, given to the best player(s) at each level in the Mets minor league system. Winningham played his part as well, blasting 12 homers, which tied for the league lead.

Kaczmarski is also labeled as the best defensive player in the 2015 Mets draft class by Baseball America.

Ramos and outfielder Ivan Wilson are the two highest-drafted players on the Fireflies roster. After growing up in Colombia (South America), Ramos moved to Florida at a young age, and was eventually taken in the third round of the 2014 MLB First-Year Player Draft out of American Heritage High School. Wilson is known for his power at the plate, and was also selected in the third round of the previous 2013 draft.

According to Baseball America, Thompson is the “Top Sleeper” in the Mets organization this year. The former Miami Hurricane star smacked 19 home runs as a junior last spring to lead the ACC. Interestingly enough, the infielder began his collegiate career as a two-sport athlete. He was a quarterback on the football team for one season before leaving to focus solely on baseball.

Columbia’s pitching staff features plenty of sharp arms, many of which pitched for the Brooklyn Cyclones (Mets short-season A) last season. That team finished second in the New York-Penn League in total strikeouts. In fact, three pitchers on this season’s Fireflies roster finished with ERA’s below 1.00 in Brooklyn last year: Alex Palsha, P.J. Conlon and Christian Montgomery. Palsha notched 13 saves for the Cyclones in 2015 on his way to a Sterling Award.