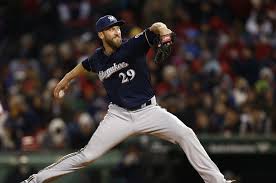 The Minor League wrap-up post will continue, starting on Thursday night. Herb B got this going a few years ago and passed it on to Tom Brennan to post each morning. Now, Tom has passed it on to me and I hope to do as good a job as they have done in the past. The information from Las Vegas does prevent it from being completed some evenings, and it may post up in the morning without final stats for that game, but I’ll revised that as soon as I get online the next morning. It will be scheduled each morning at 7am EST

The four opening day rotations and game times are:

Some of us here at Mack’s Mets are still holding out for a miracle when it comes to Montero, but I’m starting to feel that this might be his last chance at becoming a future starter in the system. He’s had a combined 2.72 ERA in five minor league seasons, was a modest 4.17 in 43 major league games, and will pitch 2016 as a 25-year old. I still believe there is a major league pitcher in here somewhere, but I also still think he should be converted to the pen where he can concentrate what he does best over the least amount of pitches.

In the ex-Mets section –

Every Mets fan was thrilled with Tuesday’s performance of RP Jim Henderson. Ex-Mack’s Mets writer Brian Mangan put up a graph on Twitter that showed the fact that every pitch Henderson threw was between 90-100 mph. This is REALLY big news when you are trying to figure out who is going to be the most effective 7-8-9 guys coming out of the rotation. The Mets have an expression when it comes to their starters… ‘give me seven’. If you can get seven innings from each of these potential all-start starters, you’re going to win many more games with a strong backend bullpen like this one. Having a strong Henderson makes ‘give me six’ an almost even strong option.

PITCHf/x called the first one at 95 a fastball, and you can’t blame it. It’s not used to sliders at 95. But looking at the movement with both my eyes and in the data, I’m fairly certain it was a slider, too, and after the game, David Wright confirmed:

“I looked up on the scoreboard and see 94, 95. I go ask [catcher] Travis d’Arnaud what those pitches were, and he’s talking about sliders. That’s unheard of.”

Mack – We really are entering new territory here. It’s impossible to predict how long the kid can keep this up, but, trust me, the Mets pitching brass will be all over this kid trying to keep this golden arm in one piece.

Thanks, Mack, minor league updates were a great way to see how everyone was progressing (or regressing).

Thor is a freak of nature. Hopefully he will be Ryan-healthy and give us a great 20 years.

Excited about Henderson. Hopefully, his outstanding relief outing was the first of many similar ones to come.

Will Champ Stuart dramatically improve, or will this be his last hurrah? After the first several games of 2015, he was simply overmatched all season.

Just me, but I think minor league updates could be weekly. I think watching young players develop is best done at a slight distance, rather than riding the daily ups and downs. That's me. I don't really care who got two hits on a Tuesday in Oshkosh. Of course, if you went weekly, you'd need to put a little more thought into it. Just my two cents, others may surely disagree.

With Henderson, and the pen in general, it's all about depth. He's one more guy who they might be able to turn to. And, yes, it's sometimes mocked, but he does give you "veteran experience." It's no small thing.

Montero has had such a rough 18 months. He seems shattered. This kid needs to feel good again, regain his confidence, and pile up some innings at AAA. If he pitches well, he will get an opportunity. But I agree: It feels like he's on the borderline, his career on the balance. This is the time for mental toughness and fortitude. If it goes one way, he's set up to make millions of dollars; if it goes the other way, not-so-much. That's should be motivation enough. I wish him well.

Due to work and family obligations my current goal is to attend only one st lucie mets game per month. And I will certainly do my best to write a thoughtful and informative post about it.

I think you meant IP not games pitched when it came to Montero. I didn't remember seeing him that much. He had 44.1 IP in 2014 and 10 IP in 2015 for a total ERA of 4.14...not awful by any stretch, though his usual pinpoint control abandoned him. He still posted better than 9K/IP.

I never expect much about anyone in the minors so I don't get disappointed when they don't turn out. I especially put Stuart in this category.

I'm hopin to get Tom to return with his weekly minor league update. If he does that, you are right... it may be enough.

I've decided that you are correct.

Frankly, the daily minor league recaps have been quite taxing in the past and that's probably why both Herb and Tom gave them up.

I can add the highlights from the prior night's games into my morning report the following morning, and I can also reprint the press releases I receive from the minor league teams each day.

Thanks for pointing the boat back in the right direction.

The minor league recap talk brings me back to same st lucie game I watched last year when Conforto went 0-5.
Rather than allow for trolls on other sites to write about his 'off night' I made sure to let us macks mets folk know the outs included BOMBS to center and left center that stayed in the park.

(Just for mack)
Lets not forget the dom smith oppo field bomb just left of foul pole over the wall showing his power ;)

Henderson could end up being a steal, and it couldn't come at a more important spot for this team. If he is, and if he solidifies the 7th-8th innings out there, after two years basically out of baseball, it'd be like drawing an inside straight.

I agree with the sense that in addition to whatever physical ailments he's had, Montero seems right now to be a guy who has lost his mojo.

I have a feeling that Syndergaard is going to make his case for best pitcher in baseball this year.

And a question, one that I think I posed here before. Does anyone know the most recent team to have three different players finish top 10 in MVP, top 3 in ROY and top 3 in Cy Young? I'm sure it's happened, but when? If Cespedes has a big year (not giving up on him after two games) we have a legit shot at that trifecta.

As to those players left off a full season team, only Cameron Griffin is a surprise.

I believe that Leroux & Williams were cut last year. Pinera and Mincone retired. Peterson is a minor league free agent. Abreau is on the suspended list and Rivera was just acquired.

That really only leaves Almonte, Below & Black not accounted for. Below is probably trying to catch on elsewhere or go back overseas.

I would guess that Black and Almonte will be on the Brooklyn roster and be up when there is an injury at Columbia.

Happy to see an update on any of these players from your reporters.

Thanks for the update.

I know Boyd was left back in Florida with shoulder problems.

Adam, I'm not good with statistical oddities -- this isn't the Elias Sports Bureau -- but I'd bet the Dodgers have been in the running for that unusual trifecta. And I'd say they have a good shot at it this season, if Adrian Gonzalez holds up. The Nationals have a shot at it most certainly, if Trea Turner can get on the field.

Actually, I think there's probably a good number, but I can't get lost down that rabbit hole.

Thanks James. I don't have a line to anyone at Elias, so figured I'd throw it out here. Part of the fun is that while Cespedes is clearly our shot at a top 10 MVP candidate, and Matz for ROY, we have three legit shots to get into the top 3 in the Cy Young voting. In any case, none of that means all that much, just a fun little sidelight. Though, if we do hit those numbers, it'll likely mean we're having a great season.

Montero is trying to come back from a shoulder injury and there's no guarantees he'll ever be what he once was. We hear so much about TJ surgery these days but the shoulder has always been a more serious injury. I think that - more than mojo - is what's really important here.

Also, I think we need to keep in mind that he has so few IP in the majors that his numbers are distorted by a couple of bad outings.

Unlike the Harveys and deGroms and Wheelers -- Montero hasn't had a chance to pitch 25 consecutive games in the majors as a SP. His last six starts in 2014, he had a 3.03 ERA with 33 Ks in 32.2 IP. The narrative should be: Youngster shakes off bad first two starts to pitch great. Instead the narrative has been what a disappointment he's been.

As a Montero fan, I just hope he can recover from the shoulder injury and get a chance to be a starter for two months without getting yanked from starter to reliever or majors to minors. It may not ever happen. It may not ever happen with the Mets. But if it happens in the majors, I feel good about his chances for success.