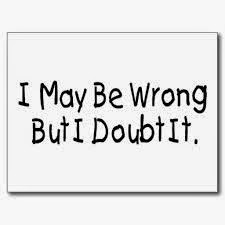 Last year around this time, I wrote an article laying out what I would do if I was running the team going into the 2014 season. I thought it might be interesting to take a look back at the moderate successes, and monumentally bad ideas...(Mostly the latter!!)

MOVE 1 Non Tender 1B Ike Davis I didn't really beleive Sandy could find a team willing to part ways with much of anything for Davis..I have to give the guy some credit--be brought back a projectable lefty prospect and a AAAA bullpen arm for a guy that probably has a nice future as the Giants 1B....in Yomiyuri.

MOVE 2 Sign 1B James Loney 2 years, 12 million Loney reportedly had some conversations with Mets brass, but ultimately signed a backloaded 3 year deal with Tampa Bay. He did what Loney does--hit .290 with elite defense and underwhelming power...

MOVE 3 Sign SS Rafael Furcal 1 year, 5.5 million This signing honestly would not have made it past the physical..Furcal was still injured and did not play at all in 2014.

MOVE 4 Trade 2B Daniel Murphy, OF Jordany Valdespin, and 1B Lucas Duda to Seatle for 2B Dustin Ackley, OF Michael Saunders, and C Jesus Montero OK. Bad idea...Murph was an allstar, and Duda hit 30 home runs...but I still love Saunders, and especially Ackley as "change of scenery" guys..

MOVE 5 Sign RHP Phil Hughes 2 years, 14 million Even a blind squirrel finds a nut every now and then...Hughes would be a formidable addition to an already strong rotation..209 IP, with a 186/16 k/walk ratio!..Makes me feel alot better about some of my dumber offseason ideas..

MOVE 6 Sign RHP Brian Wilson 1 year 7.5 million Wilson was terrible..4.66 era over 48 innings for the Dodgers..and they gave him an option year..

MOVE 7 Add RHP Rafael Montero to 25 man roster The Mets did indeed add Montero to the 25 man much earlier than expected..He struggled initially, but seemed to find his groove during his second stint with the big club. I'm still a big believer..

MOVE 8 Trade RHP Jake Degrom, C Kevin Plawecki, and SS Wilmer Flores to Milwaukee for OF Ryan Braun (Hangs head in shame, and takes deep breath)...Well its safe to say this would have been a world class fuck up on an epic scale...Plawecki is widely regarded as a top 50 in baseball prospect, and possibly the best catching prospect in baseball..Flores against all odds and every scouting report iv'e ever read managed to play a passable SS, and Degrom proved himself to be one of the best young arms in all of baseball, and probable NL Rooke of the Year..Braun is a shell of his former self..Even if the stick comes back, many reports are now saying he's a 1B going forward defensively.. Theres a lesson to be learned here..Last year at this time Degrom was widely considered a bullpen arm at best, Flores was a DH, and Plawecki wasn't on any top 100 lists..A year can make a hell of a difference, Its easy to throw out 4 for 1 trade ideas for that all-star SS everyone wants, but its not easy to look back at how stupid it looks a year later.. Stay tuned for my 2015 Mets offseason gameplan....Lets see what kind of irrepairable damage I can do for our 2015 team and beyond!!
Posted by Craig Brown at 12:00 PM

That shell of his former self still managed to slug 19/81 while injured. If you hadn't noticed, that would have bested the Mets current outfielders.

Your reflection on the good and bad calls of prior times shows how tough it can be to be a GM. My only beef last year with Sandy (and some may have more beefs than I) is that when Marlon Byrd was available for somewhat more $ than C Young, they went cheap, and did the same involving Latroy Hawkins vs. Valverde. Those two cheap moves might have cost them 5, possibly 10, games.

Sometimes a little prudent stretch, even in a tight budget, can pay big dividends.

Putting up better numbers than the current mets outfield doesn't make him any less a shell of his former self...in 12' he hit .320 with 40 home runs...that's a pretty steep decline in numbers.

Signing bay over matt Holliday is another good example of that. ..the mets have been doing it for years