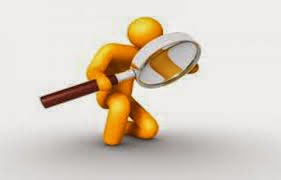 I'm reading the Texas Rangers Offseason Outlook over on MLB Trade Rumors. Looks like they have issues at catcher, rotation & bullpen that we could help them solve. They could look to dump Andrus for some relief since he's had his second straight disappointing season but if they want to get back in contention quickly, I think they could trade Profar and slide Odor in at 2B.  We could offer them a combination of Plawecki, Niese & Mejia that could help them fill some holes.  Besides Profar, I don't think Texas has anything else to offer us besides maybe an Andrus for Gee trade.
Also, I keep reading about den Dekker and I can't help thinking that he may have a huge ceiling but he doesn't get the respect since he was never considered a top prospect. Reminds me a lot of Colby Rasmus as a top prospect for the Cardinals. Good defensive CF with a sweet lefty swing. I think MDD can certainly provide some pop, a steady .275 average and some stolen bases.  Like Plawecki, I think he's most valuable as a starting CF for another team. I have no problem keeping him this year as my 4th OF as Lagares is yet to prove his durability.

Mack – Thanks again Kevin for your email.

(Kevin is one of our readers who is prevented from leaving comments on the site from his hand held device, so he has to email me what he wants to share with everyone)

Regarding Texas, I agree with you that Plawecki plus, let’s say, Rafael Montero, would make a good package for Profar, but I would rather go for OF Michael Choice, if he had a clean bill of health from the doctors.

Regarding den Dekker, I don’t remember too many to many ‘platoon players’ getting traded so he’ll be around for, at least, 2015. He needs to step up big time right out of the box if he wants to present losing his job (eventually) to Brandon Nimmo.

Regarding Andrus, I wouldn't go anywhere near this contract. He's a good player but the Mets are just not going to operate anymore with bloated contracts.


Call back Kevin and ask for Choice… offer Plawecki and Colon but settle on replacing Colon with Montero.

The Internal evaluation continues with our look behind the plate.

Overall Observation – It’s no big secret that catching is the toughest position to play in baseball. It also is rare that a baseball team has two major league ready prospects at this position, which is something the Mets had going into the 2014 season.  Backup catchers get knocked around in the minors because most teams carry three (always consider the third catcher nothing more than a bullpen guy). Sanchez is already stateside playing in the Instructs, so we’ll keep an eye on him next season. My guess is Maron has the talent to start at the major league level though he may never get that chance as a Met. Additionally, it will be tougher every game to keep Plawecki in the system. Other teams will make offers that will become more attractive as either he plays well, or the other team’s catcher goes down with an injury. The Mets are in control here.

Amazing to have 2 guys near term who could be stars (d'A and Plaw) and 3 backup guys (Cam, Recker, Centeno), not to mention Carillo. Depth to trade, man.

Thanks for posting the email Mack. With the Rangers not expecting to pickup Rios' option, that leaves them with 2 OF vacancies so I can't really see them looking to move Choice, who would be the most likely answer to 1 of those vacancies since they might not have as much to spend as recent years this offseason.

However, If I'm the Rangers and the Mets offered Plawecki & Montero then Choice would be out the door. That's too good of a haul to not move a fringe prospect.

So the Rangers need two OF’ers? Would they take Granderson? For full salary, I don’t need much back (some combo of kiddie OFs Nomar Mazara, Jose Almonte or Jairo Beres, P Marcos Diplan, etc.)

Addition by subtraction: A den Dekker/Puello RF makes us a better team defensively and probably offensively. Sign Rios for left and wait for Nimmo.

Granderon's contract is a difficult one to move (though not as difficult as David Wright's). Anything's possible though not probable. Still, a team with a fetish for over-the-hill players like Texas or the crosstown rivals might be interested in someone like Granderson. The problem is that Alderson took it on the chin for Chris Young and it's a major gut punch to admit he was 0-2 in his first big foray into free agency.

I think MDD has not be able to unlock his true value because he has been prevented from getting meaningful time at his natural position of CF, but I think he is a ML CF and would have value to a number of teams looking to make him full time. Profar got derailed by an injury, but I would be very interested in acquiring him if it didn't require a Crown Jewel, which it sounds like might be possible. My hope is that they give MDD some playing time to increase his trade value as a CF, where his bat is not nearly as deficient and his defense is not in question. Look at the Cubs trying to make a CF out of Alcantara, I think a gifted CF with the improved bat MDD showed last year will have some value.

Hobie poses a very interesting scenario on Grandy. Fans need to consider 2 things with Grandy, who I ripped mercilessly throughout the year:
1) He did OK after April, even if he was streaky as heck
2) Slightly hitter-friendly fences and he'd have had a decent season.

I'd still do what Hobie says. I can't remember where I heard this, but each of the next 3 years, he will be "another year older and another year slower."

If there is any fool team to bite on that contract, it would be the Rangers, but I don't think even they would jump. I am not sure that all is lost with Grandy and be might be quite a decent 6-7 hitter, albeit way over priced. He is probably a better value than Swisher, Bourn or even Choo at this point. I hope others are right here and the configuration change will have a positive impact, but I just want to see a concentric wall and not all sorts of dopey gaps

For the fences argument to hold, I'd need to see a spray chart. I've Grandy lost 7 HR to Citi vs. Shea boundaries, but I find it hard to believe. My image is not of warning track FO's but K's and weak ground outs to 2B and an occasional line drive XBH.

Please move CG to LF though. Nimmo replaces him mid-summer.

Afternoon Mack:
I don't think Grandy is going anywhere,so we can all stop hoping. I do believe Texas is another good trading partner. With Profar missing a year his value is low! I think you could probably get him for some of the lesser known arms,the Mets have? Bowman,Mazzoni and Gorski for Profar

Teams don't give up a former Top 10 prospect after 1 year for a bunch of AAAA arms. If you want to get Texas's attention, you have to offer them some rotation and bullpen upgrades because they want to contend next year. Niese & Mejia would offer them that opportunity. They could then go hard after Russell Martin & Tomas and be back in contention after 1 down year.

If I'm Texas, I'm not sure I would move Profar for that package but I would consider it.

Whether the fences are concentric or designed by someone eccentric, they need to come in considerably. The Mets scored nearly a run less a game at home than on road (an amazing disparity) over not just a week or a month, but the last THREE YEARS! Wright will miss the Hall because of their fences. Grandy has failed and so did Bay in large part because of the large part (field dimensions).

Hitters leave the Mets and sound like they have PTSD because of the fences. Which combined with weather patterns make it hard to hit here.

Hey get Profar too. FIX the fences though.