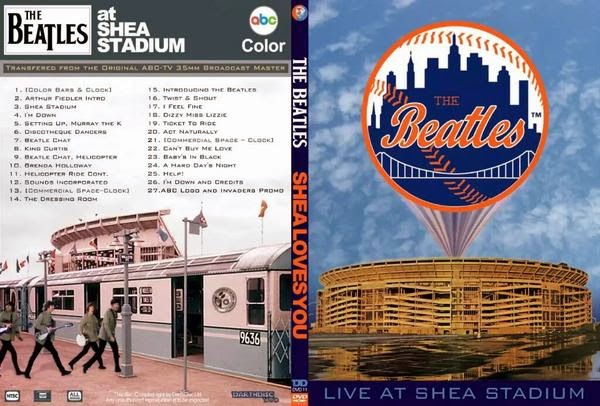 We talk all the time about Mets ‘prospects’ and the players in the organization that are true gems in a sport that is dominated with talented, but mostly non-major league projectable ball players.

Every team drafts 50 players a year. Additionally, they sign at least 25 more as part of the UDFA program. All of this is designed to fill the eight or nine minor league teams each organization puts on the field each year.

We’re talking 600-675 ballplayers and we haven’t even signed a free agent yet, and yet, all each team is trying to do is fill in a 25-man professional squad.

So, how many ‘prospects’ are a team supposed to have in their system? Is there a magic number that tells someone that they may have too much talent?

I’m pretty tough on grading the talent in the system. I’d like to error of the safe side and let players like Jacob deGrom and Juan Legares prove me wrong.

Right now, I see 14 players that I project (based on their ceiling, scouting reports, and results at their last level vs. similar talent level players) will make it all the way to the Mets as part of a future 25-man squad.

They, and their ETA year, would be:

Is this enough? Well. You always like to see at least two players per position projected as future major leaguers, but this isn’t a bad looking list.

It also is very conservative, both on the ETA dates and players that could easily gear it up and make the grade some day (examples: Matt Reynolds, Cesar Puello, Michael Fulmer, Paul Sewald, LJ Mazzilli, etc.) Many of the players listed could easily be called up after the prior year’s all-start break or in September when the rosters expand.

Most vulnerable position… relief pitching, where only Morris is projected as a future major leaguer.

Everybody is going to start grading Mets players this time of the year who we’ll use the ones on this site and add some thoughts:

Jacob deGrom, starter  -  Speaking of deGrom, the rookie came out of nowhere to steal the attention of more highly touted prospects, like Wheeler and Rafael Montero. And there’s no question he looks very good. He’ll need to repeat his success in 2015, but he should win Rookie of the Year in 2014 and he earned it with a team-leading 2.69 ERA and 1.14 WHIP.  Grade: A  http://www.metro.us/newyork/sports/mlb/2014/09/30/mets-2014-report-card/

Jacob deGrom. The rookie right-hander went from unheralded reliever-to-be to frontrunner for NL rookie of the year and among the best pitchers in baseball over the second half. Quite a fast rise. DeGrom also gives the Mets an even more fearsome rotation for next season, headed by Matt Harvey, Zack Wheeler and deGrom. With Noah Syndergaard and Steven Matz also in the minors, the Mets have a handful of talented and young starters who will be under team control for a while. That's a great place to be. http://www.nj.com/mets/index.ssf/2014/10/mets_7_best_things_about_their_2014_season.html

The Graduate: Jake DeGrom, RHP: When I ranked DeGrom as the seventh-best prospect in the system at the beginning of 2014, I certainly didn’t expect him to pitch quite as well as he did at the big league level. The right-hander saw his command take a huge step forward — especially with his fastball and his four-pitch mix kept hitters off balance. http://www.fangraphs.com/fantasy/a-minor-league-review-of-2014-marlins-mets-nationals/

Mack - Three more examples of positive press on the rookie. It's amazing how quick this guy past Zack Wheeler as prime beef in the league. 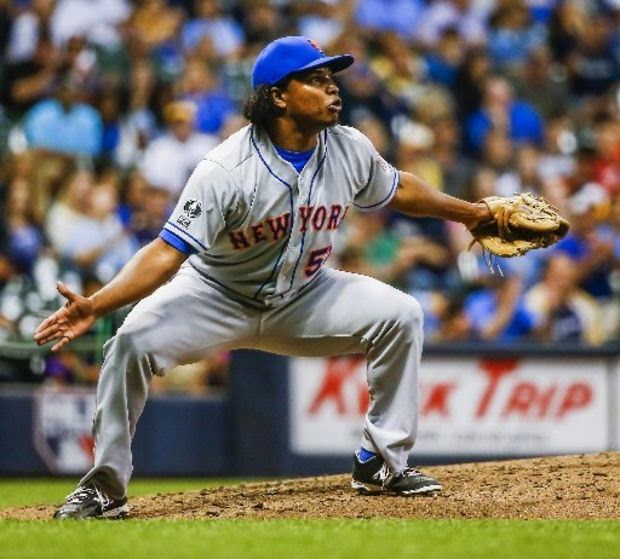 Jenrry Mejia - After successfully moving into the closer's role in 2014, Mejia is obviously a keeper for 2015. He did pitch with a hernia down the stretch, but he survived the season without any arm problems and pitching in short outings seems to suit him. There's a chance the Mets use Mejia as a trade chip this offseason, but if not he'll be a key part of the bullpen, even if he doesn't remain in the closer's role. http://www.rantsports.com/mlb/2014/10/10/determining-fate-for-each-member-of-new-york-mets-bullpen-in-2015/#slide_25

Mack – I applaud Mejia for everything he did in 2014 but my prediction in nothing but bad water for him in 2015. First, I’m ‘old school’ and you always give the closer role back to the guy that lost it due to major surgery. That means Bobby Parnell would take over the role which could really hurt Mejia’s very emotional approach to this game. Secondly, I truly believe that, if Parnell stumbled, the job would be passed on to Jeurys Famila who, in my and many other ‘pundits’ books, would make for a much better, more controlled closer. For both these reasons I would hope that Sandy Alderson try to find Mejia a home on another team that won’t come back and hurt us. I’m thinking Arizona as part of a package for one of those shortstops.

Carlos Torres - Until the day his arm falls off, the Mets should keep Torres around. He has been an invaluable workhorse in the bullpen over the past two seasons. In 2014, he was second in appearances and had the most innings pitched of any non-starter, including Jenrry Mejia, who made seven starts this year. With his versatility and his rubber arm, there's no doubt there will be a spot for Torres in the Mets' bullpen in 2015. http://www.rantsports.com/mlb/2014/10/10/determining-fate-for-each-member-of-new-york-mets-bullpen-in-2015/#slide_25

Mack – I haven’t mentally signed off on Torres yet for 2015. Sure, he’s done a lot for the Mets in the past, but I’m not sure if there is anything left in the tank here.


I have a post coming up at noon about the Atlanta Braves’ John Hart, but one thing in advance.

As many of you know, he has been instrumental in getting some of the Braves younger stars to sign a long term extension, replacing the time they would have had to be renegotiated each year during arbitration.

A good question to throw out here this morning would be what current Mets should be renegotiated a la the way Jonathan Niese was in the past?

Even being conservative, Mack, that is quite a list of future prospects. And there are always a few that sneak up and surprise.

For instance, maybe Jake deGrom misses the list 2 years ago.

Hopefully Jenrry can go with whatever role they give him in 2015, as KC has multiple lethal arms and I am sure other guys besides their closer must think they could close too.

Why would you give Parnell the closers job already? When Mejia is pitching like he did last year let Parnell earn his old job back. And by that time, around the ASB???, Parnell should be a very nice closer for contending teams looking for a closer.

Mejia definitely has more to worry about from Familia then Parnell in that closer role.
I also do think that the Mets should at least consider (try) convincing Zack Wheeler to sign a 4-5 yr Niese type deal......guaranteed Harvey ain't signin nothin unless its over $100mil+.
One possible hitter deal would be 3 yrs for Duda.
I would love to extend Familia now, but many are afraid to sign relievers like that for too many years.
Id say its too early to offer degrom a 5 yr deal, but heck, the Astros gave a dude 5 yrs before even stepping into a major league field.

And who I would offer a "Jon Niese " contract? Well, basicly everybody who enters his final pre arbitration year. Harvey would be the one but after his TJS I would wait another year. But perhaps Duda?

And next winter I would try to extend Lagares, D'Arnaud, Wheeler and Flores. Assuming those 4 dont fall of a cliff and put up numbers we should expect.

Relief pitching is so hard to project. Players like Mazzoni, Leathersich, Gorski, Bradford, Bowman, Peavey, Satterwhite, etc, etc, could all be viable candidates for the pen in the next year or two. And there are so many others at lower levels.

Great point Herb. Our abundance of starting pitching should translate to depth in relief pitching.

I'm confident this organization has it's pitching in order for the next 5-7 years, both starting and relief.

The excess pitching might be useful if they decide to go big and trade one of the Big Arms since what they would be looking to replace is really a solid #5. If Thor or Wheeler get moved, Montero, or someone else, would be slotting into that backend. That is a real strength of the pitching; with Harvey, deGrom, Wheeler/Noah and Matz, they have the potential for an above average 1-4, so trading one does not require replacing with a front end arm. Between Montero, Mazzoni, Gee, Verrett, Gnoa or even someone they get back in a trade for one of the Vets, the Mets should be able to find an above average #5 who can replace one of the Young Guns if they were to be traded for the SS they are looking for. My guess is that Sandy is thinking internal for the OF or maybe sign Upton or Heyward next year with freed up cash
Anon Joe F

I would think Sandy is definitely thinking internal for the OF - that's why he broke his pattern and signed Conforto - so he would have a bat he could move quickly through the system. My choice would be to move him even faster. I'd start him next year in AA and, if he performed well, move him to AAA around the ASB, hoping to promote him to the ML level by OD 2016. But, I roll the dice more than Sandy does, I guess. I just thought we were drafting a bat that was almost ready for the bigs.

Conforto is still only 21 and has only a small experience with wood bats and has not yet faced any wipeout breaking stuff yet, so really hard to push even a college player that fast to the majors. There are some exceptions (Bryce Harper) but even Kris Bryant was kept back in the minors for a year and a half. I would like to see them push him quickly if he has success at any level, but it really wont be until AA for him to flash what kind of major league hitter he will be. If he and Nimmo have solid progress next year and both end in the upper minors next year, it really does change the outlook for this team 2016 and beyond. That said, I am actually kind of hot to sign Jason Heyward next year with freed up money from Colon, Gee, Niese, and Murphy (all assumed to be going at $30M+) and use either Conforto or Nimmo to get the SS they need. Heyward is young, elite defender, high OBP and I think still has growth left in his bat. An OF of Heyward, Lagares and Conforto/Nimmo to go along with Russell or comp, with Fab Five in tact would make the Mets a team to be reckoned with for 5+ years

At least half that savings you project would go for arbitration increases. 2017 is Duda's Arb-4, Harvey and Familia's Arb-2, Meija's Arb-3, Flores, DenDekker, and DeGrom's Arb-1, not to mention others who might still be here, such as Torres and Edgin. But, you might be right, especially if we don't make the playoffs next year. Plus, I have a feeling we've bottomed out on the attendance curve, andteam income might start picking up. So, a definite maybe. I'd like to pick up Heyward more than Upton, I just like his overall ability and motivation better. Upton will let his attitude affect his performance a lot more.