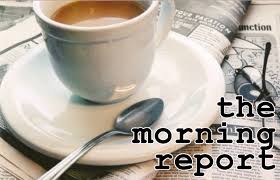 
Nats' Denard Span back on DL with hip inflammation... unlikely to return this season.


I don't know if you noticed but it's been a long time that I haven't reduced the magic number by at least one every night. I can't even remember the last time the Mets lost while the Nats lost causing a net change in the magic number of 'O'. It seems everything the Mets lose, so does Washington... and every time Washington wins early, guess who comes back and wins last?

Biased Boston Sports had a great article earlier this week on whether or not the Boston Red Sox should rebuild their team through the system or go outside, as usual, for their next team:

Having a highly-ranked farm system has its advantages, and one of them is having the resources to trade for Major League talent. The old regime had a tendency to hold on to prospects past their peak in value. When a player's value is at its peak, the front office needs to evaluate their future and look at the depth of talent already at the position. If they then feel he offers more value as part of a trade, the team needs to pull the trigger on a deal rather than just burying them in the minors. Now, if the future value he presents is more valuable than a return in a trade, then by all means, keep him. Cherington constantly chose the second option, even when logic and reason said otherwise. That is a big part of why the team is where they are today.

The Nationals were supposed to run away with the NL East. That’s what we told you — more than once. Heck, that’s what everyone told you. Even the computers: The Nats had such high playoff odds to start the year (94.5 percent) that there was even some talk about Matt Williams’s squad as a clear World Series favorite, even amidst the inherent randomness of the playoff system.
So, um, about that. Bryce Harper is putting together a better season than any of us expected — the best age-22 campaign this side of Ted Williams — and yet Washington recently just scraped its way back to .500. With one-quarter of the season left to play, they’re four games back of the Mets, but remain heavy underdogs to win the East and have almost no shot at getting a wild-card berth.

As soon as players arrive at the ballpark, they make a beeline for the clubhouse beneath the stadium to escape the heat. Most bring their own subs and salads for lunch because the spreads at low-A are pretty meager. All those stories about peanut butter and jelly sandwiches? They’re true. That’s one reason why most of these guys have trouble keeping on weight.

Back in April or May, players trickled out onto the field early to take extra batting practice and throw bullpens, but not now. Not in this heat. They wait until scheduled batting practice about three hours before the game, and it’s a lazy affair set to the classic rock radio station blaring over the public address stadium.

Even though I am superstitious, Sept 1 is coming soon and the playoff rosters are picked from the end of August if I am right.

Can you give me your playoff roster starting 8, bench and rotation with pen. My 4 starters in rotation would be deGrom, Harvey, Niese and Thor. (If we have home field I would start Thor at home)

It’s impossible to figure this out right now and, whatever I would predict, 100 readers would have 100 other opinions.

Baring injuries, Lucas Duda will be at 1B, David Wright will be at 3B and (my guess because of his timely bat) Daniel Murphy will play 2B.
My guess also is Curtis Granderson will bat first and play right field throughout the playoffs. In addition, I expect Yoenes Cespedes to start
every game, either in center or left field.

Lastly, because of days where no games are played, Travis d’Arnaud will probably start every game behind the plate.

Past that, I’m sure Ruben Tejada, Wilmer Flores, Juan Lagares, Michael Cuddyer, and Michael Conforto will be on the roster.

You could see a three man rotation, with Jacob deGrom, Matt Harvey, and Noah Syndergaard.

Jeurys Familia and Tyler Clippard are lock for the pen, but anything goes right now for the rest of the slots. You could see Jon Niese, Bartolo Colon, Logan Verrett, and Steven Matz all added to the bullpen.

Would you rather face the Dodgers or Giants? Thanks

I know the Giants are World Series veterans, but I never want to face the Dodgers bats.

I’ll take a series against the Giants every time.

I like the guy writing that the Nats remain heavy underdogs - but that was when they were 4 games out and had more days left - that heavy underdog is getting heavier all the time. I guess that makes the Mets the Overdogs. Ruff, ruff.

Who are the Nats going to add to their 25 man to make them better? We're gonna add Duda and Matz!

It's amazing how far our team has come this year.

I wouldn't rule out an August 31st trade deadline deal to land a new significant player to the Nats. After all, they lost both Spann and Michael Taylor this week. A player who has cleared waivers could be Washington-bound.

Sandy Alderson: executive of the year? A possibility.

It'd have to be a VERY significant player they'd get, and he wouldn't come cheap.
I'm surprised that they didn't fire Williams weeks ago. The team is in disarray and even if they surge the Mets would have to collapse for them to catch up.

It suddenly dawned on me a few days ago that the Mets could surpass their entire 2014 W total BEFORE LABOR DAY!

Sandy for EOTY? He did nothing to help the team until the deadline, leaving Terry to keep the team above .500 with AAAA players up and down the lineup.

Remember, if he had his way we'd have traded Wheeler and Wilmer for Gomez, who's hitting sub-Mendoza for the 'Stros. I don't know if the story is true that Jeff W pushed him to get Yo, but if it is, that's sad.

Lastly the Giants have a much better bullpen

If the Mets end up running away with this Division and exceed 90 wins I am not sure how TC doesn't become a front runner for MOY - his bullpen usage not withstanding.

Same with Alderson - some folks here may have been frustrated, but Alderson read the tea leaves of the market perfectly - if he pulled the trigger earlier, we don't have Cespedes because the Tigers were sellers until the bitter end. Plus, he needed to make sure the Nats were vulnerable before dealing away prospects - remember in May they went 18-8 and they went 5-3 into the break, if they came out the break hot and played like they did in May, we wouldn't have had a chance of catching them

If the Nats played the way everyone predicted, we couldn't have caught them at all

So, Alderson needs a TON of credit for gauging both the market and the competition.

Ultimately, it is results that matter and if the Mets win the NL East, both TC and Alderson deserve credit

One other guy who deserves a ton of credit for this season as a whole is Familia.
Where would Mets be right now without him? Especially with 4-5 out saves.

Gents -
Things are real good now in Metsville, and I am soaking it in and living in the moment, just like out GM. That said, there is still a month + and almost 25% of the games to be played. Things can change quickly, and this Nats team can still get on a role, regardless of how the Mets play. They will likely need to respond to some real pressure before it is over, so let's see how that goes. All in all, though, it is hard to ask for more. And, without getting into the sign/don't sign Cespedes (which is very likely a non-sign), they are well positioned for the winter and next season too.

Syndergaard is rapidly approaching his innings limit, and adding him to the pen makes a ton of sense, so long as Matz returns and pitches well and deGrom's blip is short and not fatigue setting in.

Listen to TP and keep your emotions intact.

I have been here before, both as a fan and a blogger and watched an epic September collapse in 2006 that I'm still not recovered from.

What happens if the Nats win the remaining games against the Mets?

Let's continue to be optimistic, but take each game one at a time.

Remember, the magic number of 30 is a combination of Mets wins and Nats losses. This whole process will happen with much better results if Washington loses around 15 games in September.

If Taylor and Escobar miss any real time the Nats are toast.

Difference between 2007 and today: Pitching staff.

Other than Johan, the 2007 team didn't have dominant starters - with Harvey, deGrom, Thor and (soon) Matz - this team will not go on a prolonged losing streak - especially now that we can score runs.

This is awhile different circumstance.

(Plus - let's not forget all the games against the Fish, Brave and Phillies left!)

I fully understand the pitching and schedule that remains and I'm as positive as you are, but I just wanted to throw out a bit of thought on the 'any given day' theory that things could fall apart before i start handing out EOY and MOY trophys.

Mack - despite being a long suffering Mets / Jets fan, I am somehow still an optimist!

If Alderson were to be a candidate for the EOY....

It would be the result of fates working in spite of him.
Between the Nationals, the reset of the National League East, a ravenous fan base long deprived, and a team full of players that performed as a team much better than their individual parts would logically lead to, and possibly an ownership that provided pressure from above.......
Alderson acted against his character at the trade deadline.
Make no mistake it was the acquisition if Cespedes that made the Mets what they are today by allowing other players to fill more appropriate roles in the lineup.

Alderson acted against all previous indicators of his typical behavior.

That being said.... whether it was his own secret design or him being forced into a corner.....
The current results are nothing short of AMAZING!

Credit to him..
But EOY???
He should thank the fates that forced him to act against his typical mode of operation for being considered.

I'm an Alderson guy and I believed in "The Plan" from Day One and even I wouldn't consider him for EOY. It's gotta be Jeff Luhnow in Houston.

If you don't think the Nationals have one more good playoff push left in them, then you haven't been watching this game very long. And, should the Mets stumble at the same time... well, let's just say that's when I'm happy to have Bartolo Colon on the staff. That said, as the folks at Faith & Fear put it so succinctly the other day, I'd rather be us than them.