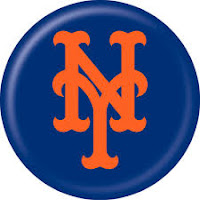 Las Vegas hoped Seth Lugo could replicate his outstanding prior start. Not quite, as he allowed 3 runs in 5.1 innings, but did strike out 8. That gives him 20 Is over his last 12 innings, highly impressive.


Binghamton hoped Matt Koch (4-8, 3.76) could pick up the team with a strong outing. And he certainly did, with 7 shutout innings. Four shutout relief innings later, the B Mets manufactured a run with a Jared King sac fly and won 1-0 in 11.


Brooklyn, just 16-29 in their last 45 games, hoped to stoke the lumber and mimic the Mets parent club's offense this final stretch of several games.Can they get hot and make a playoff run? Nope.  Villasmil was sharp, but lost as the Clones (.215) managed 4 hits.

PJ Conlon struck out 2 to keep his ERA at 0.00 heading into the last week of the season. Wow.


GCL Mets roll into their final 3 games, a day after inflicting a 13-3 drubbing. Jose Medina allowed just 1 earned run in 6 innings, but it is hard to win when your team makes 4 errors.

Grigorix Estevez allowed 3 runs in relief to take the loss.