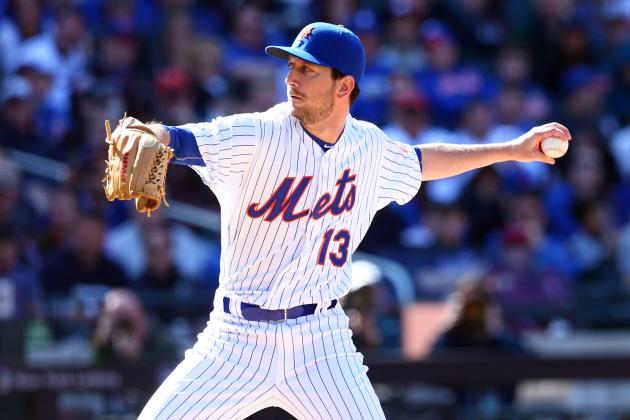 According to MLB Network's Matt Yallof, the Mets and LHRP Jerry Blevins have agreed to a 1 year MLB contract worth $4M + $1M in performance bonuses.

Last season the Mets traded CF Matt den Dekker to the Nationals for Blevins and planned to use him as their primary bullpen weapon against left handed hitters. The plan worked well in the beginning of the season as Blevins retired the first 14 left handed batters he faced without giving up a single Hit or a Walk. Unfortunately, a fractured forearm sidelined him for half of the season which he then re-broke in July when he slipped and fell on the sidewalk.

Posted by Christopher Soto at 4:14 PM

Money that could have been put aside for Cespedes. With all due respect to Blevins.

I disagree Tom - this was a much needed signing

1 year contract. You know what that means, don't you?
Collins will have him up throwing in the bullpen every single game.
Blevins could set a record for relief appearances this year.