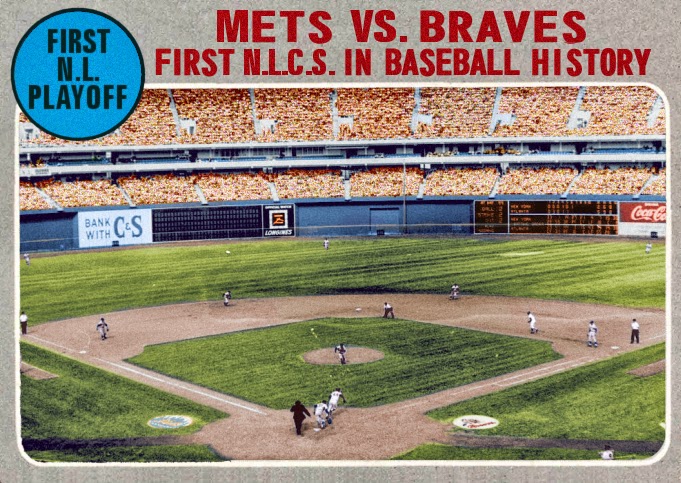 After 99 consecutive years of non-divisional play MLB went to a two division format in 1969. The Mets and NL West champion Atlanta Braves met for the first National League Championship Series. 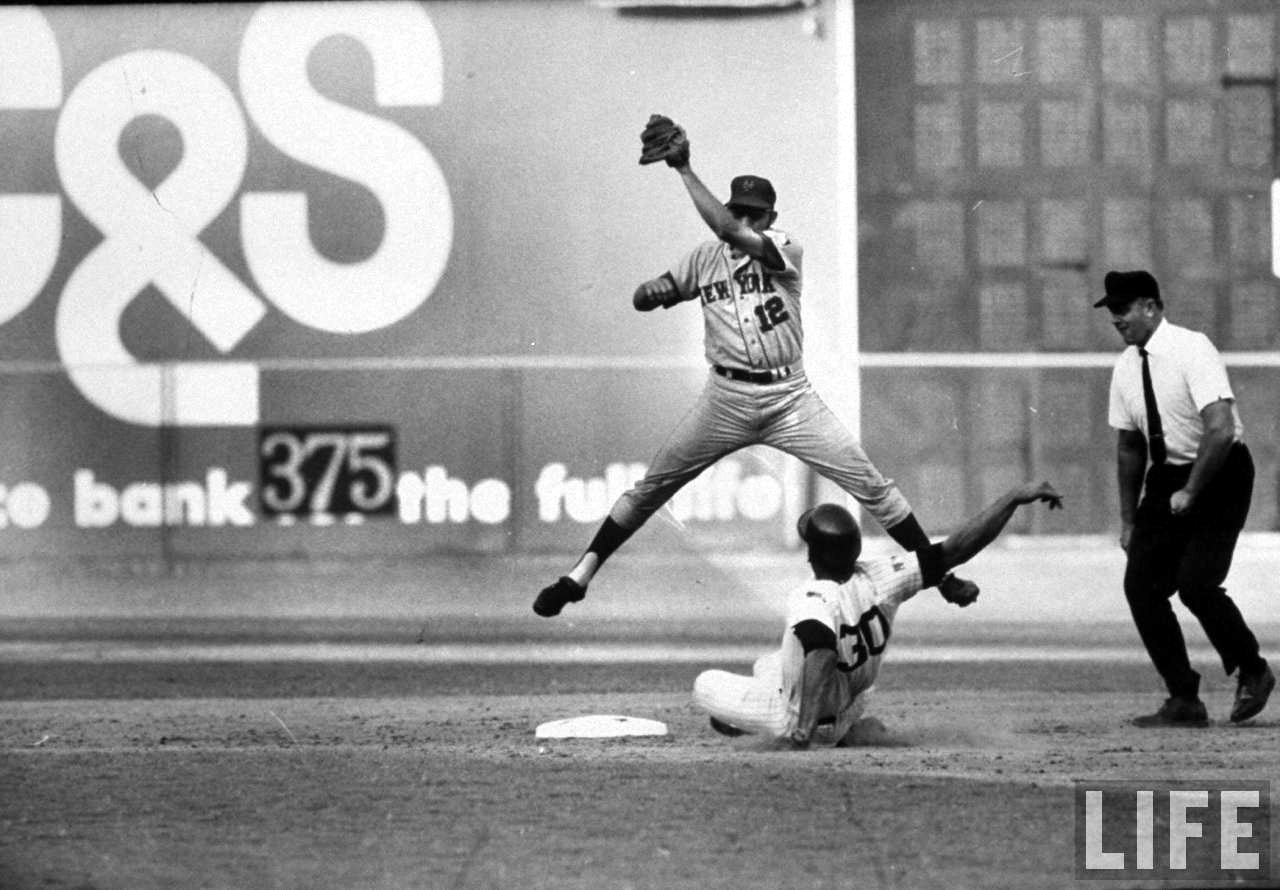 The Mets put two on the board when Jerry Grote singled in a run and later in the inning Ken Boswell scored on a passed ball by Brave catcher, Bob Didier. Clete Boyer’s sac fly in the home half of the second cut the lead to one. 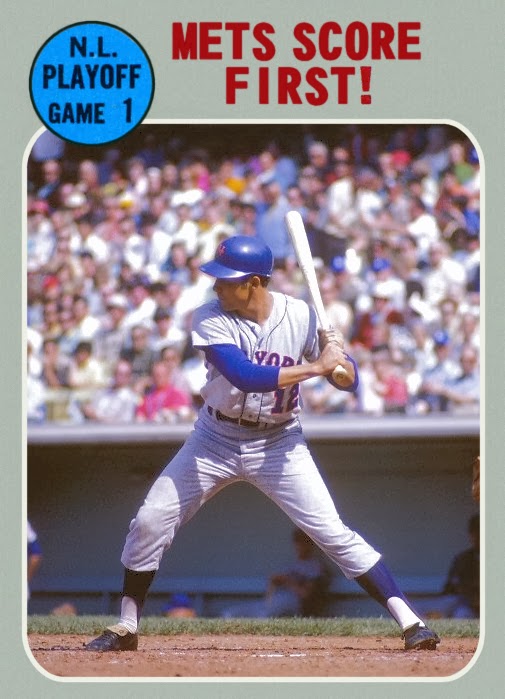 Seaver gave up the lead in the 3rd when Felix Millan, Tony Gonzalez and Hank Aaron hit back-to-back-to-back doubles, putting Atlanta ahead 3-2. But a two-out, two-run triple by Bud Harrelson gave the Mets a 4-3 advantage.

In the bottom of the 5th Tony Gonzalez took Seaver deep, knotting the contest up at 4. 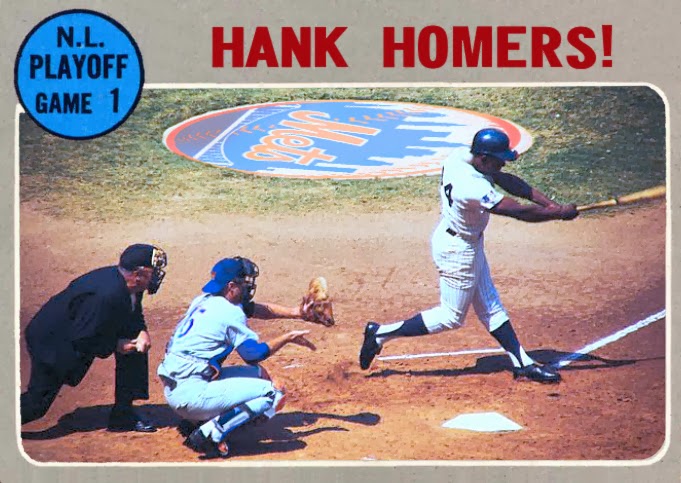 Hank Aaron followed in the 7th with a solo HR-putting Atlanta up 5-4.

In the 8th Niekro ran into trouble. He gave up a lead off double to Wayne Garrett and then Garrett scored on Cleon Jones’ single. Art Shamsky followed with another single and after Jones stole 3rd the Mets had runners on the corners with none out. Ken Boswell hit a grounder to third, Jones broke for home and Boyer threw wildly to the plate allowing Jones to score.

Now up by a run, New York added three more before the inning ended. 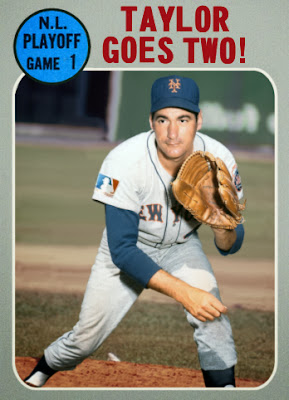 Ron Taylor held the Braves scoreless in their final two at-bats to secure the Mets 9-5 victory.
Posted by David L. Whitman at 5:09 PM