At the end of the day, Amaro did what he was asked to do. He grabbed the Phillies a long-term solution to their rotation’s need for an ace and did what he could to balance the books financially and recoup the losses in the first attempt to solve the problem. It’ll be a while before we know how that turns out for the Phillies but it’s not based on Lee’s performance versuses Halladay’s… that’s a whole ‘nother discussion. But you’ll find very few who think they ended up with a lesser ace in Halladay when compared to Lee. That being said, it’s hard not to think the Phillies are on the short side of the deal that sent Lee to Seattle since, for the most part, the Phillies looked to be on the winning side of the deal to bring Lee from Cleveland and the additions and losses are very similar in potential. And it’s hard not to be disappointed if you are a Phillies’ fan. For a split second, there was a glimmer of hope that the Phillies would be THE favorite to win the World Series in ‘10 not just A favorite.- link 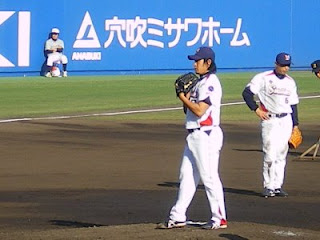 According to NPB Tracker, a website that follows Japanese baseball, Igarashi owns one of the hardest fastballs in Japan, once throwing on 98.75 mile-per-hour in a game in 2004, the fastest pitch clocked in a game in Japan. He may not throw that hard as consistently anymore, but still gets into the upper 90s regularly. He regained his velocity after having Tommy John surgery in 2007. - Read more: Adam Rubin

Mack: I'm an old advertising guy.... I can't help thinking some car dealer in Long Island needs to give away a "Ryota Toyota".... 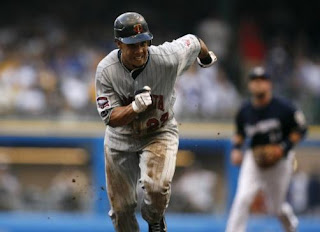 Carlos Gomez has gotten hot for the first place Leones. In his last five games he is 8 for 24 with four doubles. After hitting only .229 with the Twins he is hitting .333 in the winter league. The Brewers can only hope he transfers some of that offense to the major leagues in 2010. The way he plays defense, hitting .270 will justify having him patrol centerfield - mwob

Wily Mo Pena appears to have his mo jo back. He went 17 for 35 with a hit in his last nine games and a .348 average. One of the problems he was experiencing with the Nationals was a lack of power. His six homeruns and .576 slugging percentage are good indications that the power is back - mwob
Posted by Mack Ade at 3:42 AM