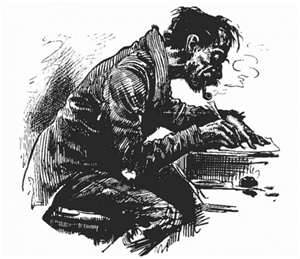 My thoughts on the John Sickles Zunino-d’Arnaud ‘smackdown’:

I agree with Sickles. I never though d-Arnaud was a better catching prospect, I only though he was the best one on the market last year. Zunino is a beast that comes along once a decade.

Sickles comments that d’Arnaud’s OPS may be overly dependent upon his batting average speaks volumes for his inability to have the patience to keep the bat on his shoulders once in awhile. Hopefully, the Mets will work with him on this in the time he plays in Las Vegas.

Both catchers project out as good defensively, though Zunino has a much higher percentage of throwing out runners at second. Still, d’Arnaud’s 30% last year isn’t shabby.

Lastly, anytime John Sickles is featuring one of your players in a two-player, top-prospect ‘smackdown’ is a good thing.

This just creates more positive complications for who’s going to be the lefties in the pen this season. Trust me, Robert Carson’s isn’t a happy puppy this morning.

Based on these numbers, the Mets did an above average job of restocking their farm system via the 2011 draft. It was a good start for the new front office. But wait – what the heck happened in 2012?

The problem isn’t the fact that the Mets didn’t sign enough players. The only figures count here are the top 20 rounds and the rest tend to be roster fodder. Sure, someone like Josh Edgin comes around every once in a while, but it’s rare.

The problem with the Mets drafting is the quality of player they pick in the first 20 rounds. All this ‘Moneyball’ under-slotting bullshit is just that and, hopefully, the blogging community has caused enough static to create a better top three picks this June.

We’ll have to wait and see.

Look, if (Marlon) Byrd regains his 2010 form, he'll probably be a better right fielder than anyone else the Mets would put out there in his place. That's also true in left field. Or center field. But a lot can change, and has changed, since 2010. In 2010, Matt Harvey, now in line to be the team's best pitcher, was still pitching college ball. R.A. Dickey began 2010 in the minor leagues, as did Ike Davis. Gary Matthews Jr. and Mike Jacobs were members of the opening day starting lineup. The old Byrd is gone. And you have to wonder why the Mets wouldn't try a right-field platoon of Baxter and Brown, who may be capable of more than they've shown so far, over Byrd, who almost certainly isn't.

This signing made no sense to me and seemed like an act of desperation. Byrd was an all-star in 2010, but it was the last half of a year that he had any gas left in the tank. His 2011 stats made Jason Bay look like a stud and then he goes tests positive. Doesn’t anybody have to pay for their mistakes anymore. Why not sign that Pistorius guy as a pinch runner?
Posted by Mack Ade at 8:00 AM

I'm with you on the 2012 draft. I really think they either over thought the whole alottment system or, as I believe, had money issues. In 2011, they had a great draft. Sure, people will debate the Nimmo pick until he proves a good ML outfielder, but walking away with him, Fulmer, Mazzoni, Verret, Pill, Leathersich, and Evans is a good draft.

Then 2012 happens and something changed. The balls they had with their first pick was absent. Say what you want about Nimmo, but he's a potential 5 tool center fielder and Cecchini is,...I don't know what he is. He isn't a impact SS in today's game. Honestly, I think he may max out as a Ruben Tejada with a little more power, but in my view, Hawkings was the obvious choice.

They can sell it anyway they want and yes it's about 2 years early to make a definitive judgment on the pick, but that's because they chose a player that'll take that long to develop. Hawkings...? A he's already a top 100 ML prospect and both were drafted strait out of high school. The White Sox must have been doing back flips after the Mets chose Cecchini.

I hope, and I've already debated this on this site, that all of the fuss about not losing their 11th pick in signing Bourn leaves the Mets in a position where they have to pick one of the two or three best players available.

Also, after Fred proclaimed them as flush with cash again, I hope they don't again draft and not sign another 2nd rounder who might've been the best player they pick like they did with Teddy S. how can you make over 40 picks and only sign half, while leaving plenty of cash on the table from your allotment? They don't get the entire slot money rolled over into the next years pool either; unlike DePo said originally. As a way of making teams sign the players they draft, MLB only gives them a fraction of that picks allotment back. So they are already about 500,000 grand short with their pool money. This was a big screw up.

They better get it right this year because last years draft was bungled. Which is pretty weird considering these Moneyball men making the decisions in that front office.

You're our best reader, Charles.

Still miss you as a writer :)

I never understood the Cecchini pick when Hawkins was still on the table. I think Cecchini maxes out in AA and if he does make it to the bigs, he'll be an utility/bench player. None of which warrants a high draft pick.I can't think of anyone in the organization who will unseat Tejada from shortstop. He'll never be an All star and might win a few gold gloves but he is a solid contributor, good demeanor and can handle NY. Just struck me as a guy who gets his hard hat on, gets his lunch pail and gets about his business.

Word I got was Phillip Evans, who the Mets paid big money in 2011 to someday be either the next 2B or SS in Queens, now projects out as a utility infielder only.

Thus, the Mets are still looking for quality middle fielders... thus, they went with the Cecchini pick

They also signed Rosario to big money, and have Trovar in the upper levels right now. There's plenty of depth in the middle infield. Havens, Evans...

Do teams even draft college outfielders with their first pick anymore? I know the Mets don't.

Really, I don't care who is drafted, but it should be the best available.

Thanks Mack. We'll see, I'm thinking about it...

I think the mistake the Mets made in this past draft was in being too aggressive in the lower rounds. They drafted so many guys who were considered unsignable and who were in fact not signed. That, and of course the Teddy S fiasco. I really don't get that one.