Herb G - Those Who Don't Learn From History... 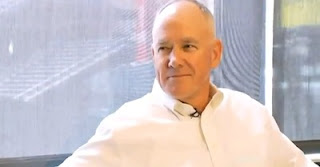 In the glitzy trailer for the movie version of F. Scott FitzWilpon’s baseball saga, “The Great Sandy”, a world-weary Terry Collins says to Wheeler-dealer Sandy Alderson, (pun intended) "You can't repeat the past."

"You can't repeat the past?" asks Alderson. Upon some consideration he replies "Why, of course you can." And then, Alderson goes on to do just that.

The story starts prior to the 2011 season. Sandy’s resources are severely strapped, and he has to make a decision on what to do with his fleet footed leadoff hitter, Jose Reyes. The dreadlocked dynamo has one year to go on a team friendly contract and Reyes seems intent on testing free agency at the end of the season. He could trade Reyes, but Reyes’ value is somewhat compromised because he is coming off successive seasons where he lost time due to injury, and teams are wary. But Sandy realizes the shortstop’s value to the Mets, so he plans to make a strong effort to resign Jose, believing that Reyes’ injury history will work to his advantage.

In 2009, Jose aggravated a previously strained calf in late May, placing him briefly on the DL, but was out for the rest of the season when he tore his hamstring in a minor league rehab game. After having surgery to repair the hamstring during the off-season, Reyes was ready for 2010, when a hyperactive thyroid sidelined him for 2 weeks at the start of the season. Then, during the summer, a recurring oblique injury caused him to miss three separate stretches of one to two weeks each. Surely, Sandy concludes, no team will offer Reyes, whose whole game depends on sound legs, a long term contract, say 5 or 6 years.

Sandy’s conclusion is reinforced when, just prior to the trading deadline, in July 2011, in the midst of an MVP caliber season, Reyes suffers a hamstring injury that causes him to miss two weeks, and then re-injures the hamstring in August. Alderson never considered shopping Reyes in July, and his intention to resign Reyes is demonstrated by the fact that he contacted Reyes’ agent, Peter Greenberg in mid-June to initiate discussions on an extension, but Reyes opted to postpone any talks until the season is over. The mid season injuries cement Alderson’s idea that he will not need to, nor will he consider, offering Reyes 5 or 6 years.

At season’s end, Reyes has won the NL batting title, reinforcing his value to the team, and Alderson meets with Reyes and Greenberg and outlines the parameters of a contract he feels is a fair starting point for initiating negotiations. He even goes so far as to express optimism about the situation between Reyes and the Mets. That optimism is short lived, however, when the Miami Marlins swoop in and offer Reyes a deal he cannot refuse. Alderson never considered the fact that a free spending Jeffrey Loria, eager to fill a new stadium, would go on a spending rampage. When Reyes was offered 6 years with a 7th year option, Alderson folded his tent and walked away. He wanted Reyes badly, but he would never match the term of that offer.

Fast forward a little over a year to the 2012/2013 off-season. Michael Bourn, another speedster who plays a premium position, (center field) suddenly appears on the Mets’ radar. Bourn is almost two years older than Reyes was when the Mets were considering signing him back in 2011, although he has not had the injury history that Jose has had. Bourn had entered the free agent signing season looking for a deal of at least 5 years, and so he was ignored by Alderson early. With Bourn still unsigned as January came to a close, Alderson’s interest was piqued. He initiated discussions with Bourn, believing that, as a 30 year old whose game was in his legs, he would have a hard time securing a 5 year offer from anyone else. It seemed as if he was right, since the ongoing talks with the Mets were all you heard about for some weeks. Starting with a 3 year offer, Alderson reluctantly went to 4 years in an attempt to secure a deal, but he held firm against that 5th year.

Suddenly, in the 11th hour the Cleveland Indians swooped in and made Bourn a comparable offer dollar wise, but with a vesting option for a 5th year. So long as Bourn remained healthy, that option would almost be sure to vest. There was another factor at play as well. The Mets were reluctant to lose their first round draft pick to sign Bourn and were going to appeal to MLB to protect their pick. That appeal might delay the signing of any deal by two weeks or more. But that 5th year was a significant factor in Bourn’s decision to sign with Cleveland even though his stated preference was to join the Mets.

For the second year in a row, the Mets lost out on the coveted leadoff hitter they so desperately needed, over the question of the length of the contract. In both cases Alderson misread the opposition, believing that other GMs would think as he did, and withhold that extra year. One can only wonder what the Mets will do going forward if they find themselves in the same position next year, badly needing a leadoff hitter to set the table for the middle of the lineup. Will Alderson extend himself if it becomes necessary, and overpay in years to get what he needs? Or will he allow history to repeat itself and fail to fill a need because he believes that in the long run it could burden the team?
Posted by Herb G at 2:00 PM

I understand, considering where the Mets are as a team, why Sandy didn't go the extra mile in signing those two players. Im sure if Sandy could do it all over again, Reyes, surely would've been traded. Who knows, the Mets might have had a great outfielder right now, but it was not to be.

That said, there will be no free passes next off season. Gone are the excessive contracts that have been a dark cloud over the Mets in their effort to rebuild the franchise on a budget fitting a mid market team.

Sandy, with Mets' ownership already declaring themselves financially sound and even better, ready and willing to spend next off season, has no other option, but to do just that.

He has said multiple times that the team isn't that far off. That they are getting to a place where both their financial flexibility and their minor league system will both be at a point where they could finally use both to field a team worthy of being called a contender.

So, where some fans have given Sandy some wiggle room these past two seasons, that probably wont be the case after this year. I'm one of those fans. I'm not worried about the last two years of whatever contracts they hand out starting next off season. There's far too many teams saying the hell with it right now, and after four consecutive forth place finishes, after this year it'll be the Mets turn.

Charles, I am one who has given Sandy considerable wiggle room over these past two seasons. I believe that, overall, he has been doing a fine job. The Beltran and Dickey trades were both big wins for the organization. And although his draftees haven't hed enough time to mature, I like several of his (or dePo's) picks, particularly pitchrs like Fulmer, Verrett, Pill, Mazzoni, Leathersich, etc.

Despite what I wrote in this post, I also believe he did right in not going the extra years (and dollars) for Reyes and Bourn, even though I would have loved to have both players. Next year, however, the fat is in the fire. I agree with you completely that we have a chance to compete, and it will likely hinge on what Sandy does to bolster the club in the off season.

To me, the real question is how he assesses the Mets' needs after this season. If one or more of the outfielders come through with solid, though not exceptional, seasons, will he be more prone to stand pat or make smaller loves, or will he be bold and go after an Ellsbury or Choo? Will the love he has shown for Murphy prevent him from pursuing the cream of the 2014 crop, and Mack's dream signing, Robinson Cano? He'll have the money, no doubt. Will he have the balls?

I wondered or maybe actually worried about the same thing.

Will he be more inclined to keep what he has and hope another year of development in the system will be upgrade enough for the team considering the high price for talent. He's going to be hard pressed to sign any good free agents without over paying somewhat. It's become the nature of the beast; that last year or two where you know it's a long shot for continued bang for your buck.

I really hope he understands that next year he can't go into the season with so many question marks.

On a side note, right now, Seattle is looking to trade an ex-met prospect who might be a great addition to the current group of outfielders. Mike Carp is on the block and I hope Sandy looks to make a deal. He has excellent minor league numbers and if not for an injury last season, might have solidified himself in Seattle's outfield.

I'd much rather have him trying to win a job then some of the other guys he's brought in. One problem is he bats lefty and that might stop any chance at a deal.