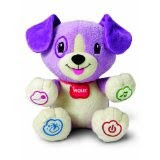 Reese Havens:
Reese Havens is finishing his five-week stint in the Arizona Fall League on a roll. The Mets' prospect fell a home run short of the cycle and scored three times Wednesday, leading the Surprise Rafters to an 11-9 triumph over the Peoria Saguaros. Riding a six-game hitting streak, Havens doubled in the third inning, singled in the fifth and tripled in the sixth, scoring all three times. The former first-round pick also walked in the ninth inning and has raised his batting average from .182 on Oct. 30 to .324.
http://mlb.mlb.com/news/article.jsp?ymd=20091118&content_id=7684418&vkey=news_nym&fext=.jsp&c_id=nym&partnerId=rss_nym


Wally Backman:
That process began about a month ago, when Backman -- admittedly at the end of his rope after being fired by the independent Joliet (Ill.) Jackhammers this summer -- made an unsolicited call to Mets COO Jeff Wilpon.
Eager to placate fans by bringing back more members of the '86 team, Wilpon was receptive, but only if Backman submitted to an extensive background check to assure the Mets his off-field troubles were resolved.
As well as filing for bankruptcy to avoid paying the IRS and other creditors, Backman had been convicted of DUI in 2000 and pleaded guilty to misdemeanor harassment of his wife the following year.

Josh Thole:
Information is not always easy obtainable as far as the Venezuelan Winter League is concerned, but Josh Thole is making his mark with the Leones de Caracas. He is batting .398 (35-for-88) with a homer and 14 RBIs in 29 games. He’s also walked 20 times and struck out just eight. Granted he’s not the prospect with the most ability, but he makes the most of what he has. There has to be a spot for him somewhere in the 2010 Mets. In a 17-game, 2009 cup-of-coffee appearance, he hit .321 (17-for-53).
http://nybaseballdigest.com/?p=17871

Brian Bannister:
Gil Meche's salary jumps to $12 million for next season and 2011 in concluding his five-year, $55 million deal. But his no-trade clause shifts now to a partial no-trade clause before disappearing altogether in the contract's final season. The Royals, at this point, prefer to retain Meche, particularly since his injury-filled 2009 season diminished his trade value. They seem more likely to dangle Brian Bannister and Kyle Davies, each of whom attracted interest before ending the season with shoulder problems. -- KC Star – (Mack: maybe the Mets could offer Ambiorix Burgos?)


Ezequiel Carrera:
Topps names AA All-Stars: Ezequiel Carrera (22), of Guiria Sucre, Venezuela, led the Southern League with a .337 average and a .441 on-base percentage. The West Tenn Diamond Jaxx outfielder had a dozen doubles, four triples and scored 68 runs in 91 games. The Seattle Mariners received Carrera from the Mets as part of a three-team, 12-player trade in December.

Davey Johnson:
The Nats named Davey Johnson, veteran of four major-league managerial jobs and a stint with the 2008 U.S. Olympic team, senior advisor to the general manager this afternoon. The move had been rumored for a few days, and gives the Nats yet another veteran presence in Mike Rizzo's remade front office. Johnson coached Stephen Strasburg in the Olympics last summer, and had remarked at one point to our Thom Loverro how impressed he was with the right-hander, while adding he's not typically as effusive in his praise of pitchers as he was with Strasburg. He's got a long track record working with both professional and amateur players, and fits well with Rizzo's aim of assembling a reserve of veteran baseball people.
http://www.washingtontimes.com/weblogs/chatter/2009/nov/18/nats-hire-davey-johnson

Felipe Alou:
Felipe Alou is really Felipe Rojas. A mistake was made on his first contract in which the scout put in the family name of his mother rather than that of his father. Felipe made the name "Alou" so famous that his younger brothers Matty and Jesus adopted it when they came to the U.S.. The "Alou" brothers have a half-brother from their father's first marriage, and he had a son who also went on to the major leagues. That son was naturally raised under the family name of Rojas name back in the Dominican Republic. That player was Mel Rojas, who pitched 10 years in the majors. Matty Alou in particular still goes back and forth between his two last names depending on which country he is in or what he thinks the situation calls for. "I use 'Alou' when I call the airlines for reservations, because I get a better seat."
http://networkedblogs.com/p18278952
Posted by Mack Ade at 5:35 AM