Tom Brennan - DO THE METS HAVE ANY CHANCE AT ALL? 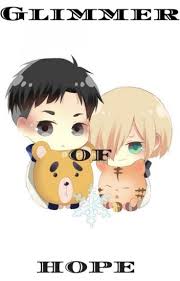 One question the Mets have to ask themselves before a sell off is if the Mets have any chance at all to compete for a Wild Card.  Is there a GLIMMER OF HOPE?

Obviously the chances are slim - but how slim?

It is driven by several things:

Free-agent-to-be Zack Wheeler seems a certainty to get traded, and he sure would be needed if the Mets have any chance at all to secure a Wild Card.

The only thing that seems to have a chance to head off such a trade is an immediate hot streak.  Hey the Mets are STREAKING, with 2 straight road wins against the mighty Marlins, so one can fantasize, right?

Then comes the Giants, hotter of late, but still not a great team at 6 games under .500.  Four games.  On the road.

Win 5 of 6 of those, which end July 21, as improbable as that might seem, and maybe (right or wrong) the Mets hold off on pulling the trigger.

Then comes home games against the so-so Padres and Pirates followed by a road series against the improved but still sub-.500 White Sox, the first two of which come before August.

Then a road series vs. the so-so Pirates, and then a 4 game Citifield set against the lousy Marlins, before the Nationals become the Mets opponent half way thru August.

So, before the Nationals, about 22 games.  To avoid a Wheeler trade, they'd have to win like crazy right away, and for the rest of July; if that were to occur, they'd need to stay hot leading up to the Nationals.  16-6 would be needed.

The fact that it took the Mets 3 months to finally win another road series makes this all seem highly remote.

But Jed Lowrie no, Juan Lagares, no, and worst of all, Jeurys Familia, no.

If Familia does not immediately (as in, starting tomorrow) return to 2018 competence, is there any chance?

Familia has been "Frank Francisco terrible" - well, that's not true - Jeurys has been MUCH worse.  So this Familia flaw, unlikely to immediately and dramatically change, makes a turn around seem highly improbable.

A 2018 version of Familia is essential to a decent bullpen, rather than the one that has sabotaged the season so far more than anything else.  Without that, the bullpen will remain below average, leaving the Mets no chance of a comeback.

Defense remains poor - and there are no immediate fixes for that.  Hard to believe any sustainable win streaks can be engineered with poor defense.

So, if you are sitting in Brodie's war room, you may be willing to see how the next 6 games go before trading Wheeler, unless blown away by a deal before then.  Actually, there even being some sense of improved play would put the Mets in a better trading position, as they could say to a bartering team, "we feel we are still in it, so if you want Zack (or Todd, or Vargas), you will have to pay a little extra."

So, get ready for the great annual player dump - because hope, realistically, almost never springs eternal in Citifield.

OK, from Monday morning when I wrote this, to Monday night when Wheeler went on the IL, I guess he may not be a certainty to be traded after all. It, however, seems to be one more certainty that this season is a disaster.

Back to the question being asked in the title.

Mack, the faint embers will be thoroughly extinguished by reality this week.

Well, BVW bought himself more time with the IL stint for Wheeler. That's far from the only problem facing the Mets. Defense is not even a concept. The bullpen still is at best a hold your breath and pray type of affair. The starting rotation outside of deGrom and the since concluded Vargas hot streak has been hit and miss at best. Cano has a lot of bad that a few days can wipe off the ledger. Is it possible? Yes. Is it likely? Hell no.

Reese - if Rosario is as bad as everyone says he is on defense, the Mets should have recognized that when he was baseball's # 1 prospect and traded high. Wishful thinking in baseball is not a strategy. A good organization can assess whether a guy like Amed can fix his defense or cannot, long before he arrives in the big leagues.

Planning ahead isn't in their DNA

Rosario made all sorts of errors in the minors. We were tild that he made the spectacular plays but struggled with the routine plays. We were also told not to worry because it was just a lack of concentration. After seeing him for over two years, it is a worry.

My advice, deal him for a center fielder and put Guilerme at SS. Guilerme gets on base, can move runners over and projects as an old fashioned two hitter. He also is a good fielding SS. I'd put McNeil at second and Davis at Third full time. You at least need defense up the middle.

Would an option be here to offer him a QO so we can dance this dance again next season?

John, good points. Guillorme has long been a Mack favorite - can he hit big league pitching?

One guy totally raking in AAA is Ruben Tejada - even if he has slowed a tad, we know his fielding is competent. I'd try him.

What a waste - he clearly is major league caliber.

Stat of the day: Cristian Olivero is pitching for the Mets in the DSL - so far this year, after 2 hitless innings today, 14.1 innings pitched, ONE HIT ALLOWED. Wow.

But if we brought Ruben off, Reese would leave. It's a case of R OR R, not both. 😆

For his career Tejada averages per year just 2 HRs, 39 RBIs and 4 SBs with a .251 AVG and a rather pedestrian .325 OBP (for someone whose greatest strength allegedly was getting on base). There's a huge difference between AAA stats and the reality of the majors.

I am just curious if this is a new and improved Tejada, though. His hitting .280 for 2 years at such an early age, and then evaporating, always puzzled me. Maybe he is more confident now. He is hitting about what McNeil did in AAA last year. Not that I think he is anywhere near McNeil II. It just bothers me that a million pitchers get a chance each year, but offensive players find it far harder to get called up. normal ratio is 13 position players, 12 pitchers, but the Mets have had 19 position players YTD, but 26 pitchers YTD.

Always liked Tejada but I agree with Reese that AAA stats can sometimes be deceiving. Hechevaria was hitting well before the Mets brought him up and he can run and field. Not sure if Tejada is as good as Hechevaria in those areas.

John, that AAA to majors jump can be a toughie. Just ask Eric Campbell.